Elements of a Bitcoin Transaction - Infographic and Explanation

The infographic below shows the key elements of a bitcoin transaction, from origination to appending a new block to the blockchain. 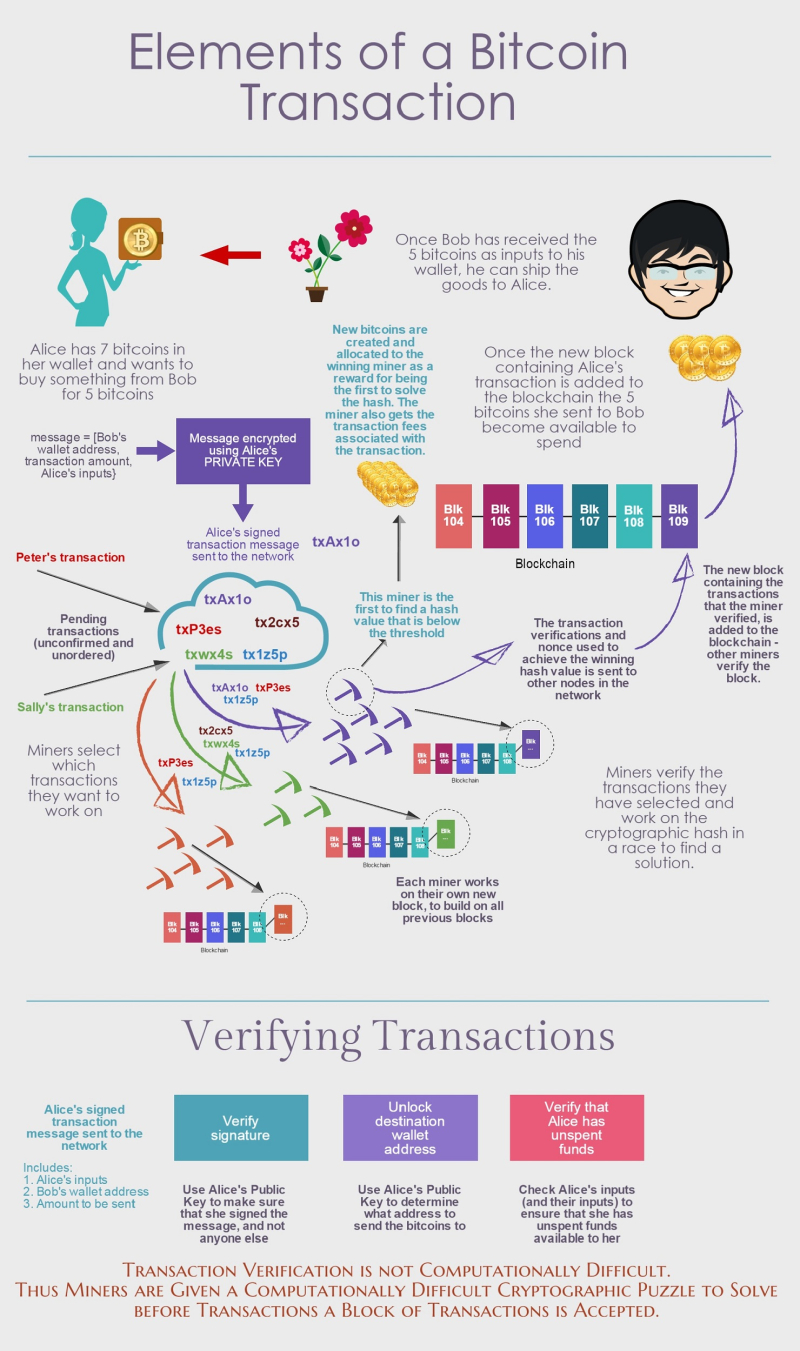 For more information about the report quoted in this post please visit: https://canadianpaymentsinsights.com

The following points provide important context for the transaction process:

Thousands of developers are actively working on improvements, enhancements, modifications, upgrades, changes and bug fixes. Changes and challenges are debated freely in a myriad of open forums. Specific areas that are receiving priority include:

Changes to the Bitcoin protocol and software are determined by majority rule, and they may take a while to propagate to all nodes (which has in some cases caused problems with different forks developing).

In principle it would be possible for a malevolent node to issue false verifications, either in its own interest (for example, to double spend coins), or to bring the network down. The Bitcoin system is designed to ensure that there is a cost associated with verifying transactions, and there has to be proof-of-work demonstrated to do so. Furthermore, miners are incentivized for verifying transactions through the issue of new currency, and in some cases a transaction fee. Much has been debated about the 51% attack, where 51% of the mining power is concentrated on a malevolent objective, and in theory this could have dramatic implications for the currency.